Welcome to New Iran Policy
This website was designed to educate anyone interested in learning about the history of relations between the country of Iran and the United States of America as well as the information regarding present and ongoing relation between the two countries. 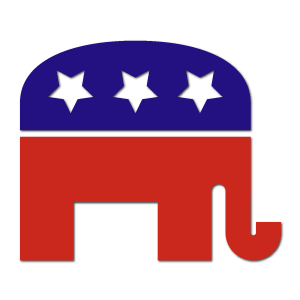 The Republican Party’s foreign policy endorses the tradition of world leadership and involvement. The Republican Party still believes that the country of Iran is actively sponsoring terrorism, building nuclear weaponry, and is abusing the human rights of its population.

Republicans believe in using all options available when dealing with any situations that threaten U.S. security and the security of international friends.

The Democratic Party supports the current nuclear agreement with Iran, as it reducing nuclear threats. Democrats view the role that Iran has played in the region as detrimental and they support enforcing non-nuclear sanctions.

Democrats view Iran as a major proponent of terrorism and human rights violations and will push back against any violent and disruptive behavior, however they do seek methods that do not involve large-scale combat deployments. 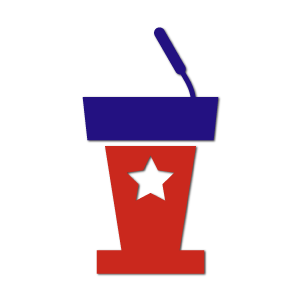 The Libertarian party does not support heavy military involvement with other countries at this time. Libertarians oppose military aggression and believe that war is only justified in defense. Notable Libertarian figures include Gary Johnson, William Weld, Steve Vaillancourt, Bob Barr, and Wayne Allyn Root. Click here to learn more.

A Brief History of U.S.A. relations with Iran

Below is a brief outline of the history of Iran's relations with the United States and other countries, focusing mostly from the 1950's forward. The United States and Iran have mostly conversed since the 1950s, and the two countries have not had an extended period of positive relations. In the 50’s, the U.S. and the British staged a coup in the Iranian government, spurred on by anxieties that the Soviet Union would interfere with Iran, its petroleum resources, and its access to a warm-water ocean port.

During the first World War, Iran was occupied by British, Ottoman, and Russia armies. During this time the government of Iran remained officially neutral. After the war, there was a failed endeavor by the British to establish a protectorate in the country of Iran.

Iran was also a part of World War II. With its location and access to oilfields, Iran was a target for occupation. For much of the war, Iran was under German control until the Allies took it in 1941. They desired the security of the oilfields as well as supply lines for Allied forces. Throughout this the government of Iran remained officially neutral. Although Soviet forces and sympathizers persisted in corners of the country past 1943, they were eventually expelled from the country in 1946. During the war the monarch Reza Shah Pahlavi was deposed and replaced by his son, Mohammed Reza Pahlavi.

Iran’s democratically elected Prime Minister Mohammed Mossadegh is overthrown by CIA under Dwight D. Eisenhower. At this time Britain expressed concerns regarding Iran nationalizing its petroleum industry and the potential relationship of Iran with the Soviet Union. As a consequence, the shah Mohammed Reza Pahlavi rises to power as an authoritarian monarch.

During this time period, Iran signs the Agreement for Cooperation Concerning Civil Uses of Atomic Energy and the Treat on the Nonproliferation of Nuclear Weapons. Under President Gerald Ford, allied Iran received access to nuclear technologies, intended for energy use.

Shah Mohammed Reza Pahlavi is forced to leave Iran. Months of strikes and protests by religious and secular adversaries preceded this event. After the Islamic Revolution of 1979, Ayatollah Khomeini returns to Iran rises to power. Iran becomes a quasi theocracy.

Young Iranian militants (also referred to as students) seize the U.S. Embassy in Tehran and take its employees hostage. Their goal was to see Shah Mohammed Reza Pahlavi returned to Iran in order to face trial. The militants’ actions have the support of Ayatollah Ruhollah Khomeini. Later in November, 10 of the hostages were released (six black men and four women).

President Jimmy Carter assembles a rescue mission for the remaining 52 hostages in Tehran with the code name Desert One. This rescue mission encounters a sandstorm which resulted in the failure of the rescue mission as well as the death of eight American servicemen.

The deposed leader Mohammed Reza Pahlavi dies in Egypt as a result of lymphatic cancer. His death does not impact the American hostage crisis. Ayotollah Khomeini demands that the shah’s assets are returned to Iran.

Iraq, led by Saddam Hussein, invades Iran. This marks the beginning of the 8 Year War. Fighting between Iraq and Iran is focused around the Euphrates and Tigris Rivers, which hold important shipping and oil resources.

Under President Ronald Reagan, American hostages in Tehran are released after being held for 14 months in exchange for the release of frozen assets in American and other internationally based banks.

President Ronald Reagan admits to a secret shipment of defensive military supplies to Iran with the intent of influencing Lebanon. Significant portions of the Iranian arm sales were secretly diverted to the contras, rebels in Nicaragua. President Ronald Reagan and V.P. George Bush said they had no knowledge of the operation. Vice Adm. John Poindexter and Lt. Col. Oliver North are dismissed after it was revealed that they were aware of the transaction.

U.S. becomes involved in protecting oil resources and shipments in the Persian Gulf.

Iran-Iraq war is brought to a close with a cease fire.

The U.S. is at war with Iraq. Iranian President Hashemi Rafsanjani offers to mediate between the two in an effort to end the Persian Gulf war. Neither the U.S. or Iraq receive the proposal positively. The Persian Gulf War ends in 1995.

Secret Nuclear facilities are discovered in Iran. In the following months, Iran agreed to curb its nuclear work and participates with the UN’s nuclear watchdog activities. At his State of the Union address, U.S. President George W. Bush condemns Iran, accusing the country of being part of an “axis of evil” with Iraq and North Korea.

Mahmoud Ahmadinejad is elected President. He will remain the President of Iran for two presidential terms.

When negotiations between the American and European are delayed, Iran resumes its uranium enrichment at Natanz. In the following years, the U.N. will approve sanctions against Iran because of its nuclear program and the U.S. will seek to use cyber technology to bring down nuclear centers in Iran.

The U.N. approves a fourth round of sanctions against Iran and its nuclear program. The sanctions include, among other things, restricting military purchases and financial/trade action by the Islamic Revolutionary Guards Corps (who control the military program).

U.S. and Israel continue the cyberwar against Iran.

Iranian protesters break into the British Embassy in Tehran.

Iranian nuclear scientist Mostafa Ahmadi Roshan is killed by a bomber on a motorcycle. Roshan was a professor in Tehran and a supervisor at the Natanz plant. The origin of the attacker was not clear, and Iran blames the United States and Israel. The United States of America and Israel both deny being behind the attack.

The Joint Comprehensive Plan of Action (JCPOA) was agreed upon by Iran, China, France, Germany, Russia, the United Kingdom, and the United States. This plan aims to ensure that Iran’s nuclear program is entirely peaceful. Upon the enactment of this plan, the EU and the United States have lifted its sanctions on Iran.